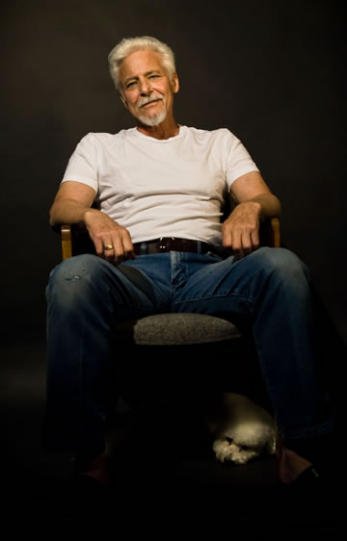 At the core of my photography lies the belief that "Everything is also something else". When I look at anything through a camera, I sense another world, another reality beyond what I see. If the photograph I take is successful, that 'other world' comes into being almost by magic, a kind of alchemy. My aim is not to record something, it is to reveal a something else.

An acorn is also a planet in space, a wall in an architectural landscape is also the sky, an avocado seed is also a human organ. A Professor of Biology once told me that I had mislabeled an image "Avocado Seed" - it couldn't possibly be that. He was shocked when I told him that I had eaten the avocado, dried the seed, then photographed it. Viewing an image from my series TEXAS RANGELAND, a woman said it looked like a giant wave in the ocean. She was incredulous when I told her it was the face of a Brahma bull. Another person was astounded to learn that light emanating from a fissure in a dome was not a birthing scene.

My work has always been about the experience I have when I look through the camera. My focus is on the form and composition of the subject, its placement in the frame and the light that defines it. Sometimes it is the quality of the light itself or the absence of it, such as a shadow, that seizes me. The focus may also be on the emotional quality of the form and light in their abstract manifestations.

Forms can take me beyond what they seem, to something that strikes a deep chord in me. It is as if the form were a portal into a realm where "Everything is also something else". When the form, light and composition are synchronous, in phase, there is always a palpable feeling that tells me I am on to something, at which point I strive to simplify, to strip away unnecessary elements that distract from the essence of the experience. I am called upon to tell a story and convey a feeling with an economy of means. Economy is power and I am in its grip.

Painting, printmaking and other art forms have influenced me. I am inspired, for example, by such 18th Century Japanese artists as Hakuin, Jiun and Sengai. Their ink drawings are awesome in their simplicity. The spontaneity and power of their execution manifests a force and energy that moves me, as do the 15th Century rock gardens of the Ryoanji Monastery in Kyoto, Japan. What is readily apparent on the surface is only one aspect of something. A brushstroke is not just paint, a rock garden is not just gravel and boulders. There is something else, another story. Within an object, be it a bird or merely a shadow of a bird, there lies something hidden and I try to bring the hidden to light, to make manifest the inner essence of something.