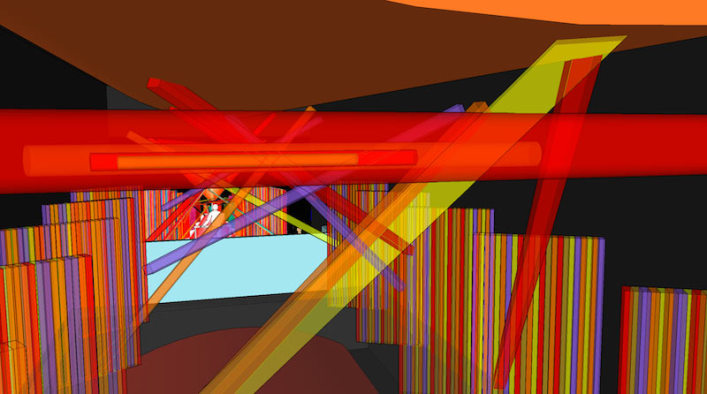 Although I have been predominantly a photographer, my work over the last forty years has been informed by my training as an architect. I studied architecture at the University of California @ Berkeley and graduated with a Bachelor of Architecture and practiced until 1976. In this period I started investigating the concepts of architecture as experience and the invisible as reality.

I lived  and worked as an architect in Europe in the late '60s and it was there I discovered that certain buildings induced strong feelings in me. This left an impression and when I returned to the U.S. I began trying to incorporate not just site planning, aesthetics and spatial relationships into my architectural design but experience as well. I believed that every building held an experience and began trying to create them using space and light.

Concurrently I found that not all things were as they initially seemed and that my first take on what was real was often mistaken. When we open our eyes we see what is usually agreed upon as reality. I feel that there is something going on beyond this, something that is invisible, beneath the surface, but no less real. It is palpable, kind of like an iceberg which is 90% hidden from view. The unseen is the greater part of reality. The camera's ability to capture that which lies on the surface is the least of it's capabilities. I strive to capture that which is alluded to, beneath the surface, invisible and yet, to me, more real than that which is seen.

Now I am beginning to unite architectural design with photography. It has led to the design of installations within architectural spaces using my art and elements of light to evoke an experience. As part of the progression toward constructing a ground up building I have created a short movie depicting the feeling of the interior. It is titled RIDING the OX, and you can view it below.

I am happy to announce it was a finalist in the 2016 BLOW-UP Chicago Arthouse Film Festival and been selected for the 2016 Cutting Edge International Film Festival where it tied for first runner up in the Audience Choice Awards.

I have always perceived of the building being located on a beautiful Texas hill country ranch. However, it could be placed in an urban setting or even a form of it created within an existing venue. Sections, 3D models and an exterior simulation are also shown. 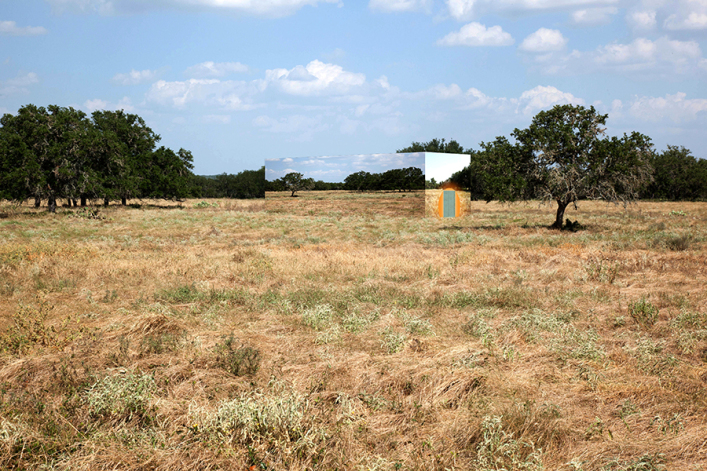 How the Installation might look in a a rural setting. 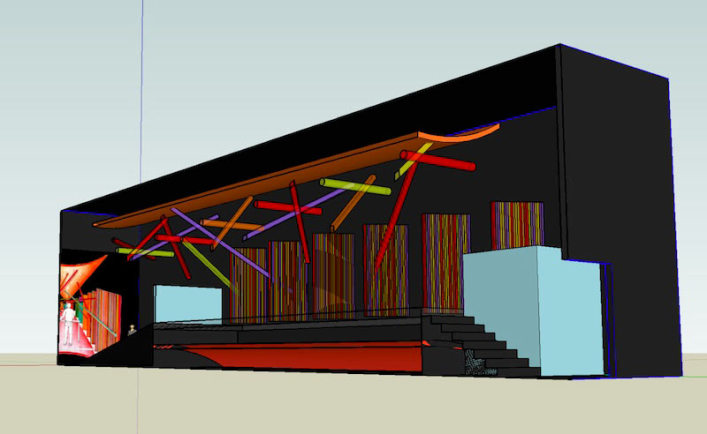 Longitudinal Section through building showing all elements in 3D form.